I've always wondered why nobody has created a sounding board for people to anonymously vent and rant. Rantaculo.us is that sounding board.

Need an Explanation? Are you Done?

App Store Icon
Part of the enjoyment of creating an app is creating the icons that people will see in the App Store and on their phone’s home screen.

Key Feature
The key feature of Rantaculo.us is the ability for users to rant quickly and easily. Often, whenever someone needs to rant they are “seeing red”, so when the user first begins their rant the app’s background is red. As the user continues their rant, the background slowly fades from red to white. NOTE: This sample rant is from Reddit’s top anonymous section. 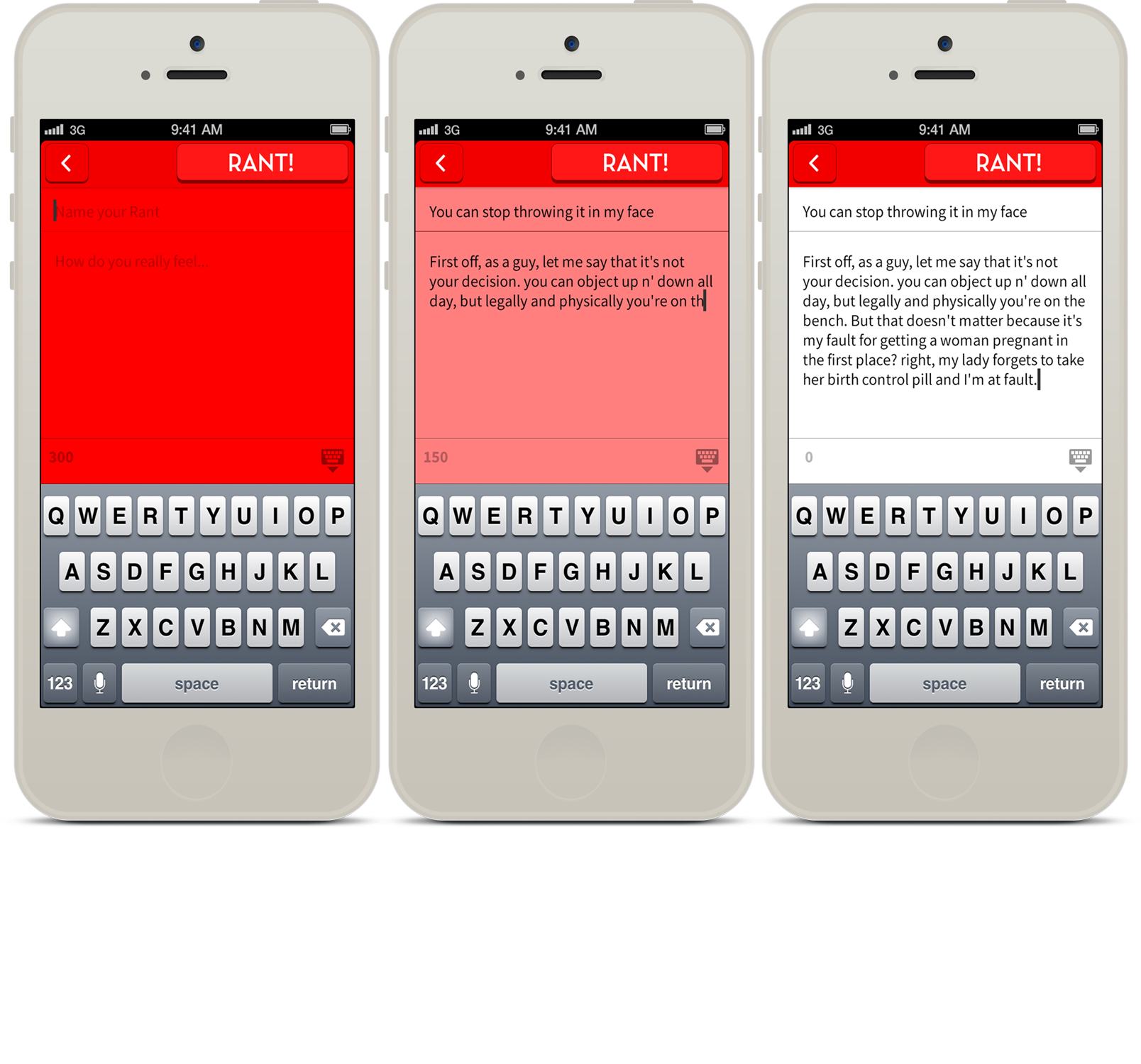 User Interface Library
Assorted buttons, press states and test fields were separated to make the engineer’s job that much easier.

Sign Up Funnel
Rantaculo.us provides users with an avatar and a name. The only thing they need to produce is a password and they’re ready to start ranting. 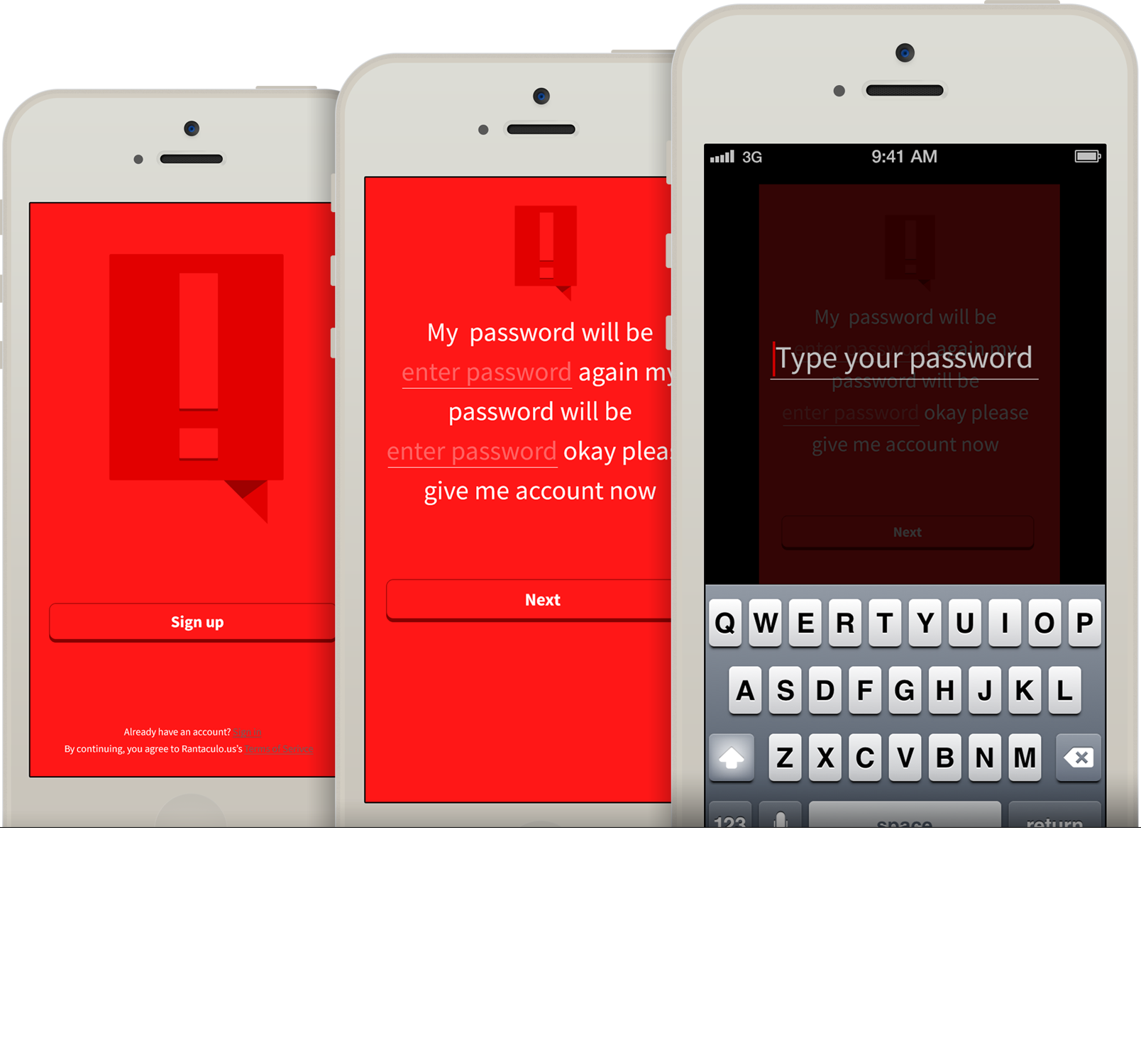 Navigation Icons
The navigation icons were created to be soft and calm. Since the user will probably be using this app while angry, there’s no sense in aggravating them more with bad icons.

Navigation
The navigation is designed to be an easy filter system. 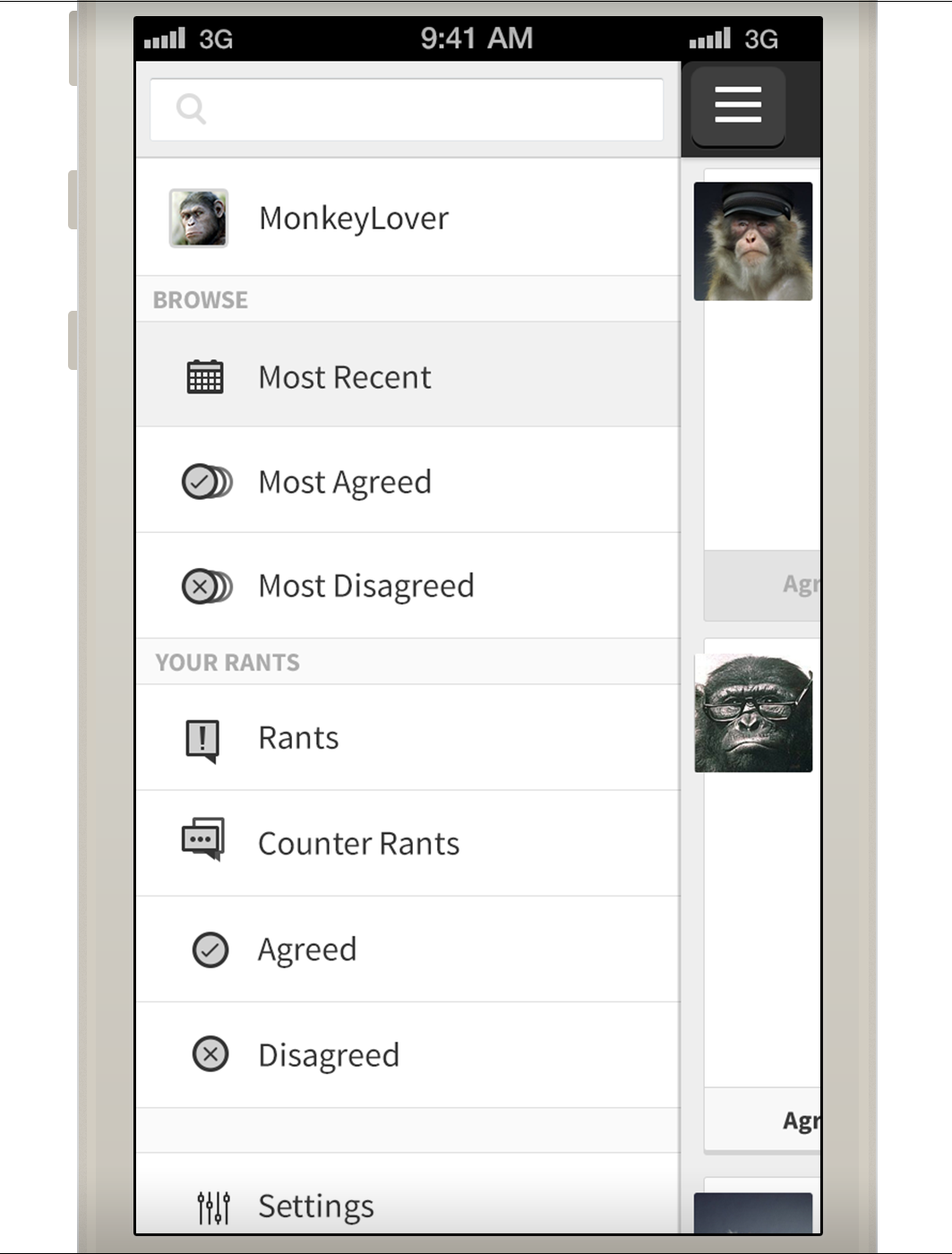 View and Counter Ranting
Important to all arguments is the ability to counter-rant. I’ve made it easy for users to do just that: they can simply view rants, click on a specific rant’s comment button and post instantly. 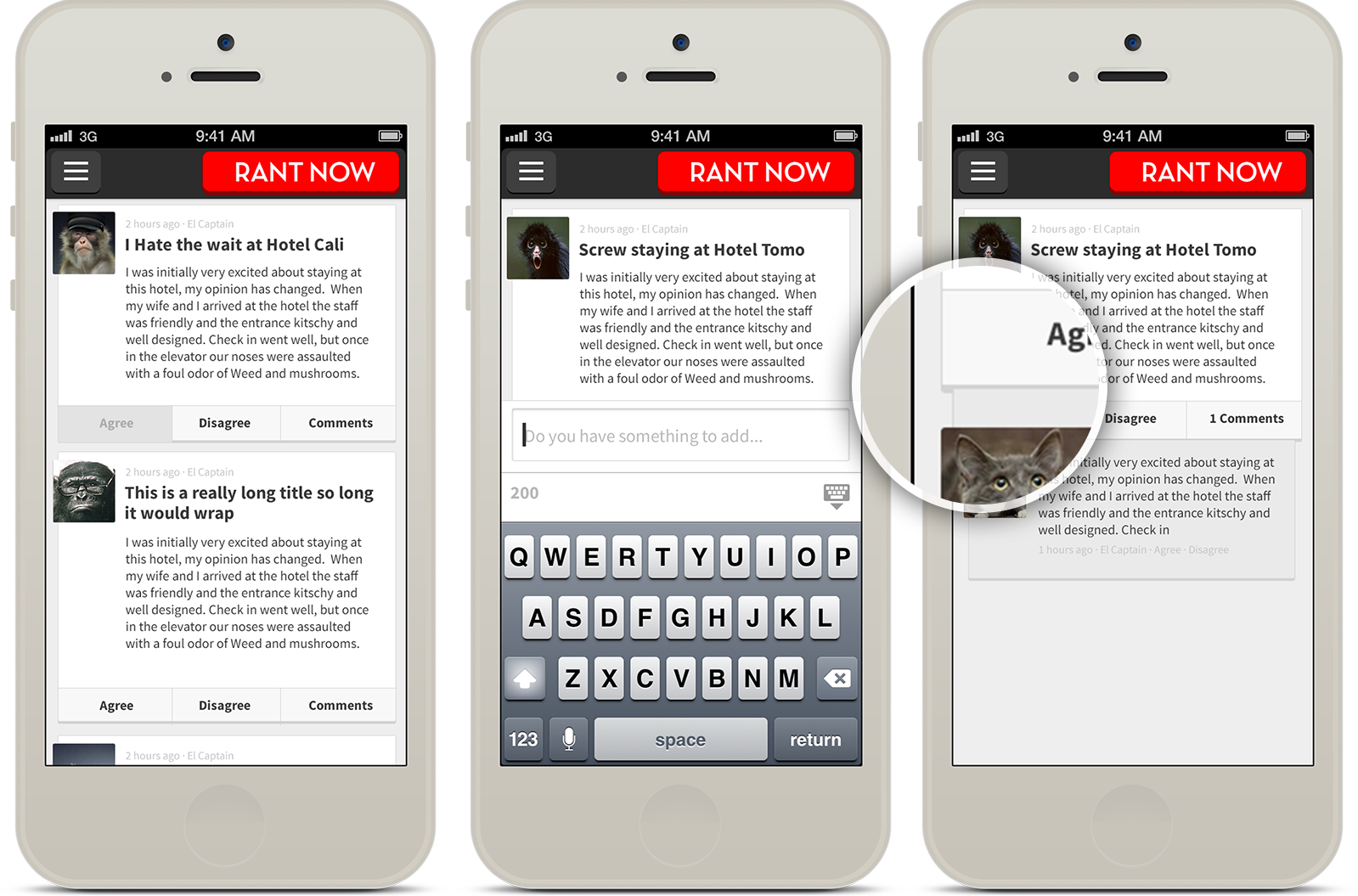